The History of Pancakes

The History of Pancakes | pondan.com – Pancakes are an American classic. Breakfast and lunch will not be complete without a pile of round and flat cakes served with syrup, butter and all your favorite toppings. it is not only a favorite dish of many people today, pancakes also have stolen the hearts of many people in ancient times. Pancakes in the past

Pancakes are believed to have existed since the Stone Age. Analysis of a 30,000-year-old grinding tool shows that people at that time made flour which was then mixed with water and baked on a hot, possibly greased, rock. The cakes produced are not similar to pancakes or crepe today, but the idea is the same: flat cakes, made from batter and fried. Whereas in ancient Greece and Rome, the pancakes were made from wheat flour, olive oil, honey and condensed milk. The ancient Greek poets, Cratinus and Magnes even poured the sweet taste of pancakes into their poetry. Shakespeare didn’t miss a chance to mention pancakes in one of his famous plays. At that time the Renaissance English pancakes were flavored with spices, rose water, sherry and apples. 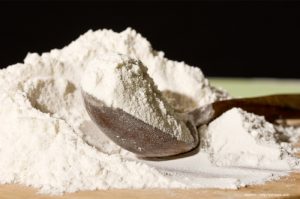 Have a lot of names
The term “pancake” came into use in the 15th century and became a standard name in America in the 19th century. Previously, the flat cake was known as Indian cakes, hoe cakes, johnny cookies, travel cakes, oatmeal cakes, wheat cakes, skillet cakes, and flapjacks. American pancakes were originally made from buckwheat or cornmeal. 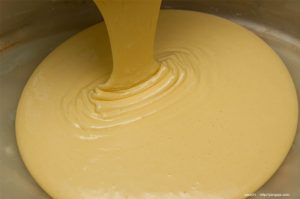 Modern pancakes generally contain a leavening agent and are heftier and puffier. Thomas Jefferson, the 3rd president of the United States, adored the pancakes that were originally known as all griddle cakes. He even sent a recipe to his hometown of Monticello from the White House in Washington, DC. Do you know that there is a special day to eat pancakes? Pancake day falls one day before the pre-Easter celebration. During pre-Easter times, people were not allowed to eat animal products such as milk, butter and eggs. To prevent these ingredients from being wasted, they finally combine all the ingredients and cook them into high stack of pancakes.

Now pancakes can be enjoyed anytime and anywhere. You can also make it yourself using premix flour from Pondan. Just add butter, eggs, and water, you will get 6 fluffy pancakes. Pondan Pancake comes in two packages; box and pouch. Both can be found in the nearest supermarket and your favorite e-commerce. Let’s go, make pancakes with Pondan!